Here is the link to our mobile site.
Sponsors are in categories for
Eat - Shop - Play

Minneapolis is a safe place. It always has been and it always will be. #minneapoliswelcomesyou ... See MoreSee Less

In order for changes to be made to the Minneapolis Police Department, people must refer to the city charter, which governs city functions ...
View on Facebook
·Share

Here's a tool for small business. This may be a way for you to connect better with your customer during these trying times. It's FREE just follow the instructions and get your textword today. ... See MoreSee Less

Best way to keep your take-out customers coming back!

Minneapolis Northwest Tourism is at Wagner's Drive In North.

Warning: This video will make you hungry! Check out our special #TakeoutTuesday trip to Wagner's Drive In North in City of Brooklyn Park, MN - Local Government! 🍔🍦🍟 #WeLoveMNW ... See MoreSee Less

Is it lunch time yet?! Join us for a special #TakeoutTuesday at Wagner's Drive In North in City of Brooklyn Park, MN - Local Government today at 11:30 a.m. on Instagram Live (@mplsnorthwest)! 🍔🍦🍟🚗 #WeLoveMNW

Grab your crew and a mask and get out some steps in. Sun is shining! ... See MoreSee Less

10 Minneapolis Hikes for the Entire Family

Whether you're craving a hike engulfed by nature or the view of a beautiful cityscape, we have it all. Discover our top Minneapolis hiking trails worth the trek!
View on Facebook
·Share

Where was the main photo taken? Looks like way up north, not in Minneapolis. If it’s here, I need to know!!

Katielyn Nelson this would b fun w the puppies

Where to Find the Most Scenic Bike Routes in Minneapolis

Take on Minneapolis by bike! Consistently ranked as one of the top bike cities in the country, Minneapolis has some beautiful paths and trails. Rain, snow or shine, we are adamant about biking.
View on Facebook
·Share

Rooftop Bars, Pizza Farms & Other Ways to Dine Outside This Summer

Here in Minnesota, we’ve always considered restaurant patios and rooftop bars an essential part of summer—and this year, because outdoor dining helps suppress the spread of COVID-19, we mean that ...
View on Facebook
·Share

Social distancing doesn’t make these fireworks any less bright. Check out one of these Fourth of July displays around the state. #OnlyinMN ... See MoreSee Less

Where to Watch Fourth of July Fireworks in 2020

Independence Day will be celebrated a little differently this year, but with proper social distancing and safety precautions, attending a fireworks display remains a fun way to celebrate July 4 in Min...
View on Facebook
·Share

Portage Park near Grand Rapids is a GO!

Fireworks are beautiful no matter where you watch them from.🎆 We’ll be watching at home on tv. No bugs or mosquitoes and it’s safe there.💗 Stay safe and enjoy your July 4th weekend.🇺🇸

Sad have to pay to see firer works at saints field.

Red Wing still is doing fireworks and it’s free. Worth the trip!!

Is Hopkins having fireworks this year

Wendi Wyne. Was just an idea there are fire works ok Saint Paul let me know if this is something you would do ?

Valerie I think you were looking for this! 😊

Rani Bezanson are any of these near you? 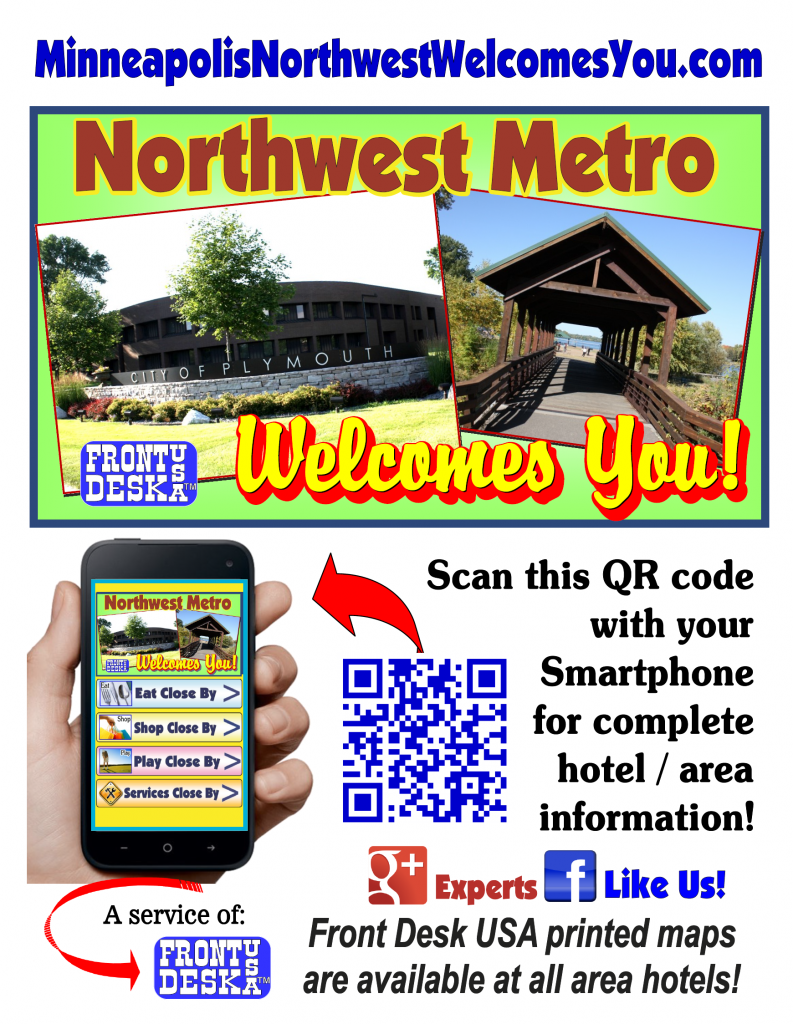 Anoka is a city in Anoka County, Minnesota.It is the county seat. Anoka calls itself the "Halloween Capital of the World", because it hosted one of the first Halloween parades in 1920. https://en.wikipedia.org/wiki/Anoka,_Minnesota

Maple Grove is a city in Hennepin County, Minnesota, United States. Maple Grove serves as the retail, cultural and medical center of the northwest region of the Minneapolis–Saint Paul metropolitan area. One of the Twin Cities' largest shopping centers, The Shoppes at Arbor Lakes, is located in Maple Grove. Maple Grove was also named the second best place to live in 2014 by Money magazine.https://en.wikipedia.org/wiki/Maple_Grove,_Minnesota

Brooklyn Park is the sixth largest city in the U.S. state of Minnesota. The city is located on the west bank of the Mississippi River, upstream from (north of) downtown Minneapolis in northern Hennepin County. Brooklyn Park is a northwest suburb of the Twin Cities metropolitan area of Minneapolis–Saint Paul.https://en.wikipedia.org/wiki/Brooklyn_Park,_Minnesota

Brooklyn Center is a city in Hennepin County, Minnesota, United States. The city is on the west bank of the Mississippi River on the northwest border of Minneapolis. Brooklyn Center is one of the original inner-ring suburbs of Minneapolis–Saint Paul, the sixteenth largest metropolitan area in the United States, with about 3.52 million residents.It incorporated as a city in 1966. The city became a bedroom community and industrial job center following postwar growth. It was the site of the regional mall Brookdale Center. The headquarters of Caribou Coffee moved into the city in 2004. https://en.wikipedia.org/wiki/Brooklyn_Center,_Minnesota

Plymouth is the seventh largest city in the U.S. state of Minnesota. Located 15 miles west of downtown Minneapolis in Hennepin County, the city is the third largest suburb of Minneapolis–Saint Paul, which is the sixteenth largest metropolitan area in the United States, with about 3.52 million residents. https://en.wikipedia.org/wiki/Plymouth,_Minnesota

EAT in Minneapolis Northwest has many options.

Looking for a Homey bar & restaurant offering American fare, featured local beers & a large patio? It’s right here at Sunshine Factory Bar & Grill established in 1976 in New Hope, MN. Privately owned and operated since day one, The Factory relocated to Plymouth in November 2013. We have become somewhat of a generational spot for many local families. We strive to be actively involved in the community, with ties to both the Armstrong Cooper and Wayzata Youth Hockey Associations. https://www.eatsleepshopplay.com/northwest-metro-sunshine-factory/

What the heck is WhirlyBall?!?  WhirlyBall is an extremely fun “sport” that combines basketball, hockey, lacrosse, and bumper-cars.  That’s right, bumper-cars. In WhirlyBall, two teams of up to 5 players (no minimum) use scoops to try to toss a ball through elevated backboards at opposite ends of an enclosed court (roughly the size of a basketball court) while driving specially designed bumper-cars. Courts for whirlyball (a lacrosse-style bumper-car game), a laser-tag arena & full restaurant & bar. https://www.eatsleepshopplay.com/northwest-metro-whirly/

Malone’s Bar and Grill was established in November 2010 in Maple Grove, MN. An offshoot of the already successful Maynard’s restaurants, it continues the tradition of the BEST happy hour specials in town. We also boast great drink and food specials during Minnesota sporting events making it your “home away from home” for all the big games. Malone’s Bar and Grill is located in the heart of Arbor Lakes in the AMC Movie Theatre Parking Lot. Malone’s offers an American Casual Menu with a variety of great Sandwiches, Burgers, Entrees, Steaks, Salads and Wraps. https://www.eatsleepshopplay.com/northwest-metro-malones/

Chanhassen Dinner Theatres - More than 10 million guests have enjoyed our dinner theatre and its 220+ productions, making us the nation's largest. We have multiple stages under our roof where all kinds of different performances are happening every night! Whether it be improv comedy, musicals, live music in our concert series, or cabaret, we have it all performed expertly just for you!  We also can host your wedding reception, company meeting or holiday party in one of our banquet halls! Call or visit us online today to book your tickets! Performance & dining venue pairing musical theater & cabaret shows with classic American meals. https://www.eatsleepshopplay.com/northwest-metro-chanhassen/

SLEEP in Minneapolis Northwest has many options. See the list at

PLAY in Minneapolis Northwest has many options

Minnesota’s 10,000 Lakes are all beautiful. And many are right here in Minneapolis Northwest. The Mighty Mississippi offers even more adventures. Paddling down river, fishing, cross-country skiing and an abundance of other outdoor activities year round. Bike trails are everywhere see this link https://havefunbiking.com/destinations/next-bike-adventure-minnesapolis-northwest/

Minnesota Renaissance Festival! King Henry and his royal court invite one and all to his 16th Century European village featuring 16 stages of live entertainment. Over 250 artisans fill the Festival marketplace to display and sell their handcrafted wares for a truly unique shopping experience. Patrons can interact with hundreds of memorable characters roaming the village streets as well as view live armored jousting throughout the day. Come celebrate our 47th season by visiting the Festival grounds in Shakopee, MN. Huzzah!

Minnesota State Fair located mid-way between Minneapolis and St. Paul, the 322-acre Minnesota State Fairgrounds is renowned for its beautiful gardens and architecture reflecting the art deco and Works Progress Administration eras. Hundreds of events are held on the fairgrounds throughout the year during the non-fair time, including horse and livestock competitions, merchandise sales, expositions, car shows and more. https://www.mnstatefair.org/